PS: not dead, just busy. I've been writing a ton of code and been climbing a bunch: 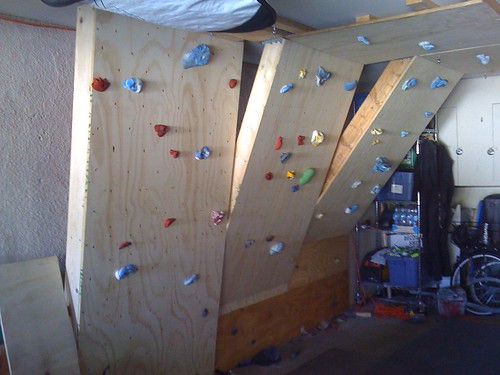 Also contains an awesome quote from Blake:
"If the fool would persist in his folly, he would become wise."

I start a new job tomorrow at MySpace. I did some contract work for them last fall and they convinced me to join full time. I am sure it will be amusing.

I've been writing a ton of code lately in support of some research I've been doing on CAPTCHAs (those silly puzzles that make you type in the letters contained in an image). The paper is almost done, but the short version is 'all your base are belong to me'. ;) If you're interested in reviewing the paper, let me know, I'd love to get some more eyes on it before release.

I've also been playing with my DJ gear again after a long hiatus which has been quite gratifying. I've also gotten back into audio electronics after talking to my friend David who's building a bunch of custom synthesizers. I messed around with building a trivial one last week. Quite fun.

I've done a few shoots but haven't had a chance to settle in for a solid run of photo editing as I've been traveling the past month (back and forth to SF).

SF was fun, got to meet a few new friends and catch up with a lot of old ones. Here's a pic from the valentine's day pillow fight: 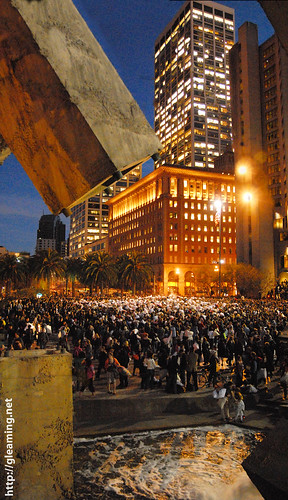 Also, the iphone kicks ass once you jailbreak it, especially with the cydia app installer.

I now know far more about cement than I ever wanted to. I've been trying to patch my kitchen floor and achieve a match with the existing concrete. This is trickier than I realized. It didn't make as much difference when I was doing smaller patches such as those adjoining rooms but the middle of the floor is much more sensitive.

A 2'x3' patch in a high traffic area like the middle of the floor requires a lot more strength and the prior owner had redone the kitchen and had removed an island that had contained the stove. To do this they had to cut a large hole in the middle of the floor. Unbeknownst to me before I removed the linoleum, they had taken some short cuts when placing the lino. These included patching cracks with plaster of paris and other unsuitable materials. (Nothing dangerous structurally, just not something I could just seal over and have it look decent.)

Anyway, google and wikipedia came to my rescue and I finally have things under control.

Cement is a term to describe substances that set and bind independently and can join materials. In construction, the term usually refers to portland cement (named due to it's similarity to a type of rock near Portland, UK). There are two main varieties of portland cement, white and grey. White is more expensive due to the ingredients used.

Combining these with fine aggregate (like sand) and water yields mortar. Combining mortar with large aggregate (like gravel) gives you concrete. The strength of mortar and concrete is largely dependent on the amount of water used, but there are strengthening agents that can be added. Pigments can be added to achive desired hues and additives are also available to lighten the color. There are also ingredients available to speed and slow the setting time.

Also, angle grinders rule. Don't use a sander on concrete. Get an angle grinder and a diamond grinding wheel for mortar. They come in handy for all sorts of shit. Like shortening the length of your pliers so you can get in behind a pedestal sink: 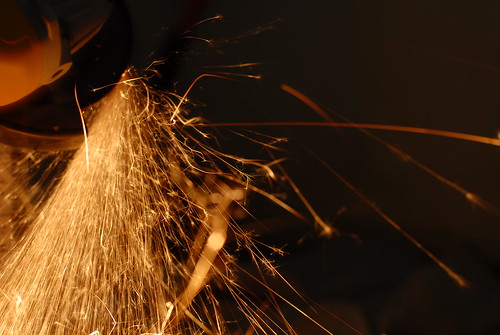 The kitchen had pretty awful linoleum flooring, so I decided it would be a good idea to redo it before putting it on the market. The unit has concrete flooring and I'd previously redone the living room by removing the carpet and sealing the concrete. The kitchen has been much harder. After removing the linoleum (with help from

I haven't had much to say lately because I don't believe in making relationship details public. If you read

punkythecat's journal, you know that she and I are splitting up after 6 1/2 years. Since that's been taking up most of my non-work time and thoughts, I haven't posted in months.

Other than that, here's what I've been up to:
- Burning Man: This year was a blast, my best yet. I have a ton of photos to post, but my RAID array is waiting on a couple of new power supplies before I can do edits on the best pics, but I have a few snapshots at flickr. The only negative points were being rear ended by a moving van when leaving the playa. I wasn't injured, despite the car rolling, but the car was totaled. I also managed to break a finger when I flipped my bike earlier in the week. It's funny, writing this I realize that the above could be read as scarcasm, but it isn't. I met so many awesome people and enjoyed myself so much that the car and my finger are trivial.

- Coding: I've been writing a ton of Ruby and Rails. I haven't liked a language this much since my first exposure to C. I hated C++, despised Java and only put up with C# (a bastardized Java) due to Visual Studio making UI development less shitty (thanks to Anders Hejlsberg). I'm so productive using this language it's unreal.

- Travel: I've taken a couple of quick trips up to San Francisco and Monterey, I have some pics from the Monterey trip stuck on the RAID array that I'll post when that gets sorted.

- Housing: I'm in the process of packing up the condo and getting it ready for sale. I'm planning on moving down to Santa Monica as soon as it sells. Once there, I'm going to spend a while traveling overseas, pretty much anywhere that I can get a reliable internet connection. I'm downsizing as much as I can to make that move and the travel as easy as possible.

I have a Speedotron 1205CX power pack with two 202VF heads and one 102 head. Also included are a sync cord, two snoots and a barndoor.

I bought everything on eBay a couple years ago and used it pretty lightly. I've since replaced it with a Profoto setup. The 102 head is missing a modeling lamp, but everything else is in good condition.

I'd prefer to sell as a kit for a total of $1750, but I might consider splitting it up. I'm posting here and on craigslist before listing on eBay.

I have some lenses and other accessories that I'll do the same for soon.

Ventner Institute demonstrates genetically converting one species into another

"It represents the complete reprogramming of an organism using only a chemical entity," - Enbright, a Rutgers scientist interviewed for one of the articles on the development.

These developments are to be celebrated, not feared. Science has brought us this far, fear of science is going to predictably push us back to the dark ages, not save us from an unexpected calamity. Science is much better at dealing with the unexpected than ignorance.